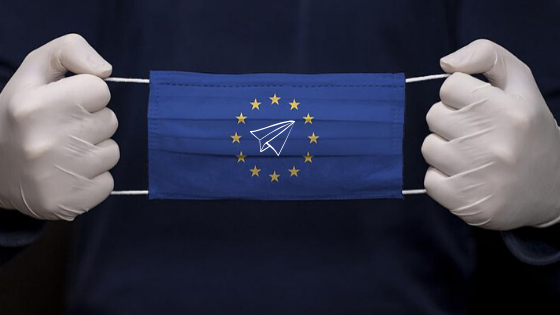 There is a silent, echo-less quarantine: that of EU citizens abroad. Little has been said about it, or rather, only when sensationalized by the media or when criticizing those of us who tried to go back home.

We mobile citizens abroad have done (and are doing) a double quarantine. We locked ourselves at home with the rest of our home countries, even if in our host countries they were still convinced that it was just an influence. We did it a bit because we knew better than the others the risks of this damn disease, a bit out of solidarity.

For many, even if the measures have been eased little by little, normality will not come for a while still. Because, regardless of the decisions of the governments of the host countries, we will remain in a quarantine — emotional and mental — at least until we can return to our home countries to see our parents, siblings, partners, friends, relatives, etc.

What is called Phase 2 entails a series of entry regulations which differ in every country and which do not make explicit reference to those like us. We have long-distance relationships, or elderly parents we would like to scold in person, or recently born grandchildren we have never met. Are these “proven work needs or situations of necessity”, as it is required? Who knows.

Don’t misunderstand me: I’m not claiming the right to return to our country whenever we want or that our return is an absolute priority. If the distance of one meter seems like torture to you, think of us who are thousands of kilometres away from our loved ones. If you can no longer stay at home, think of us who cannot return home.

In these extraordinary times of closed borders and confinement, mobile EU citizens are first to realize how valuable our freedom of movement principle is, and how fragile this first example of transnational citizenship can be, when immature national responses call for closed borders and many citizens find themselves trapped in a limbo, far away for their family, unable to go to work and thus isolated in the new country without a guarantee on when they’ll be able to see their families again.

In avoiding a pitfall of the Union, solidarity across governments is vital, but citizens can play a huge role in reminding the values and advantages behind this common project. In particular, EU mobile citizens often lack the possibility to have a say both in their country of origin and in the country of residence. Considered the “lucky” one by their co-nationals, or the one going for the “easy” solution, this is rarely the case, when in fact most of the people are moving out of necessity or because of better opportunities for their career and family development.

Freedom of movement is the biggest achievement of the EU, yet it is not accompanied by appropriate political rights. Those citizens whose lives are arguably the most “European” are the least politically represented. While many fear this quarantine may signal the end of freedom of movement and liberal democratic values as we know them, we call on all mobile European Citizens to unite and tell us their version of the story and why their vote should matter, no matter whether in their country of origins or in their country of residence. This is a choice that every single citizen should make on its own, conscious on which political decision will likely impact his or her life the most.

There’s a feeling and a perception that few of us are actually aware of our existing and potential rights as EU citizens, or conscious of our potential as a generator of European public sphere and builders of European Citizenship.

Once the Covid-19 crisis subsides, it will come the time for us citizens, the EU and the Member States to rebuild freedom of movement in the Union with stronger bottom-up roots and make European Citizenship a real Citizenship, entailing health protection and political rights for everyone, common EU responses- whilst maintaining existing European rights to freedom of movement within coordinated safety measures.

In order to be able to call home not only our country of origins, but the whole of Europe, and especially the place we have chosen for our present or future, we need guarantees, and possibly, the same rights as nationals.

Find out more about our ECI
Sign our ECI here