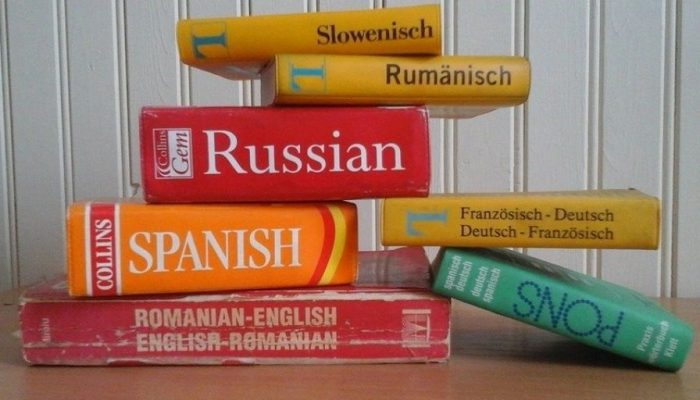 Can you imagine a bunch of Erasmus students coming from different regions of Europe meeting together for the classic pub crawl activity, and speaking Latin as the lingua franca instead of English? “Well, unless they are extremely drunk and trying to impress each other, “probably not” would be the answer I most likely expect.

But this was indeed the case some few centuries ago.

Latin used by the Church and by scholars was not understood by the majority of Christians. Yet, by using the same Latin as “Lingua Franca”, or through personal multilingualism, students could travel all over Europe to seek out the best universities and were able to communicate with each other. As a result, many ideas circulated through Europe thanks to the use of Latin.

The history of Latin, from its peak to its death as a living language, can indeed easily explain the development of Europe over many centuries, and how many of the languages spoken around Europe today derives directly from it.

“Far more than kings, states or economies, it is language-communities who are the real players in world history, persisting through ages, clearly and consciously perceived by the speakers as symbols of identity, but nonetheless gradually changing, and perhaps splitting or even merging as the communities react to the new realities.” (Nicholas Ostler, 2011).

In his book “Empires of the World: A Language History of the World”, Ostler argues that the interplay of languages is an aspect of history that has often and too long been disregarded  and explores the various lingua francas that have since seen decline.

This revolutionising, although somehow very dense book, was enlightening for me, a language bachelor student, learning new approaches to the history of Europe in her first Master’s year of European studies, and led me to think: would it be possible to tell a History of Europe and Europeanization by means of the development of the languages within, along and beyond the borders of what we call Europe today?

If we think about the idea of ‘Europe’, the porosity of its internal and external, languages could prove a significant method to understand how its past constructions can explain current processes of identity constructions and integration, and could provide new ways for dealing with cultural diversity.

Languages have undergone deep changes and developments, and continue to change, day by day, without us even noticing. But still, languages represent a reality. For some European countries, they are the only anchor to the past, the only thing that makes a population survive and eventually develop into a nation-state.

Take for instance Lithuania. The Lithuanian language, belonging to the Baltic group of the Indo-European languages, is one of the oldest spoken languages in the world and yet, during the years of the Prussian occupation, the nobility switched to German or Polish regarded to be more prestigious and later, during the Soviet Union, it was forbidden to speak it in public or to print it.

Despite this ban, Lithuanian endured as the “secret” language of the peasants in a few Baltic counties, those Lithuanian speaking counties remain the sole testimony of the former legacy of the Lithuanians it served as a unifying instrument for the self-determination of the people of Lithuania.

Today, Lithuanian is the only official state language of the Republic of Lithuania, and from 2004 one of the official languages of the European Union and protected by special institutions.[1]

This is not to claim that language history could alone explain the past of Europe, but it could be an interesting change of paradigm, which seems less constructed and more natural than the concept of nation,  as languages and language-communities can be common to more than one nation or share the border with another state creating thus a particular dialect.

Concepts such as “cultural transfer”, as used by the historian Michele Espagne, or “language shift”, are useful terms to understand such processes, that, if properly analysed, could shed new lights on past and present dynamics.

A Language History of Europe would be cautious though, from there is a unity to the European History, its value or vision. On the contrary, languages may well also explain and exacerbate conflicts. In the Balkans, for instance, the disintegration of Yugoslavia and the bloody conflict have made Serbs and Croats, with their governments, schools, books and newspapers, claim that they speak different languages. [2]

Nevertheless, a history told from the p.o.v. of languages would make inevitably clear that all European Languages are a result of their constant exchanges and relations. Even in war time, language and culture transfers are happening, shaping the way we talk and act even today. In other words, languages could be a living witness of a precise European reality, but one which includes also Europe’s less “civilized” moments.

Voters Without Borders say: “Voting rights: Vienna waits for you!”