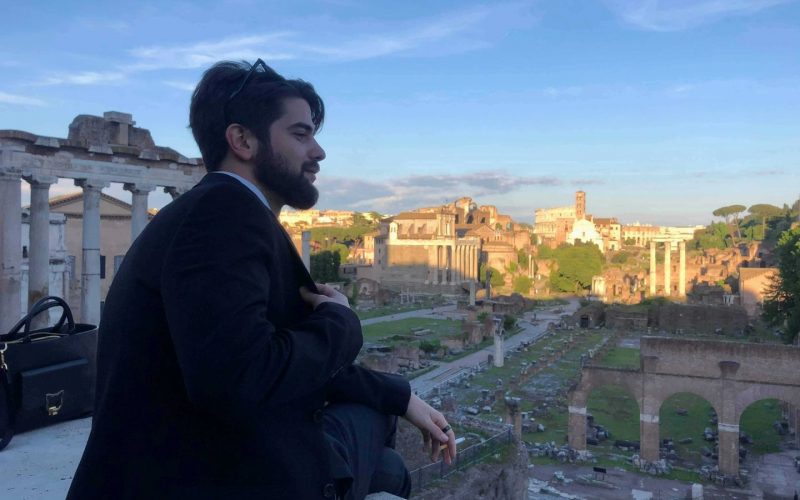 My name is Robert and I am from Romania. Having studied three years in the UK, now I am finishing my Master’s in European Studies in Belgium. Since quite young, merely 19 at the time, I took my chances as a European citizen and pursued studies abroad in the field of development studies. I planned to analyze how to reach European cohesion at a fast and efficient pace.

These few years of living and studying abroad made me realize that, surprisingly, European citizens all across the continent have an issue with representation in the other Member States, and here I refer myself to all of us that reside somewhere else than our country of origin: Did you ever feel that your voice was left unheard? Did you ever experience troubles when casting your vote outside your country of origin? Also, did it ever mean for you that feeling European nowadays can also mean you are a diaspora scapegoat for populist narratives in the Member State you’re living in, as much as it also can be in the Member State you’re coming from?

Life in Europe is not at all bad wherever you might be and partly everyone is surprised when they relocate and find out for themselves. I do believe that the EU provides everyone with the means to achieve their goals. For me, it was higher education for now, but anywhere in the world I might go from now on, I know that I was trained to do what I do, to some extent by the EU, as it provided me with common citizenship which allowed me to seek better education with less bureaucracy and fees that used to differentiate our national systems. I’m almost sure it is the same for labour and investments. Everyone has to or at least partly agree that this has benefited at least one of these indices: the employment rate, the income of businesses and also the budget incomes of every Member State of the EU.

But did everyone benefit from it socially? Most often, the media does emphasize on an East-West as well as on a North-South divide, and this divide between our societies is because us, Europeans, lack representation in both media and politics. Even though we were all brought together under one citizenship and we feel “united in diversity”, in reality, we are united for business, as politics and political rights still divide us and so do economic and cultural comparisons between not only countries but also national regions — comparisons which the current political rights relies on so much and which also enhance separatist or anti-European sentiments.

So if you had at least one “yes” answer to the above questions, this is where I believe you will agree with me when I say that the EU could actually unite us more in diversity, because after all, we all work together to be more independent as an actor in the global political stage as well as we all work together to be better off and to provide for our day-to-day lives.

And this is where I believe that the current electoral laws in the EU are in their essence, as well as implementation and monitoring, more dividing than uniting, because it ties political rights to national citizenship instead of that of the European citizenship, leaving a division gap between national citizens and Europeans.

These are the thoughts that had motivated me to get involved in the Voters Without Borders Initiative, and I am more than happy to read these threads here and see a growing number of people feeling inspired by this initiative.

An update on our ECI’s progress