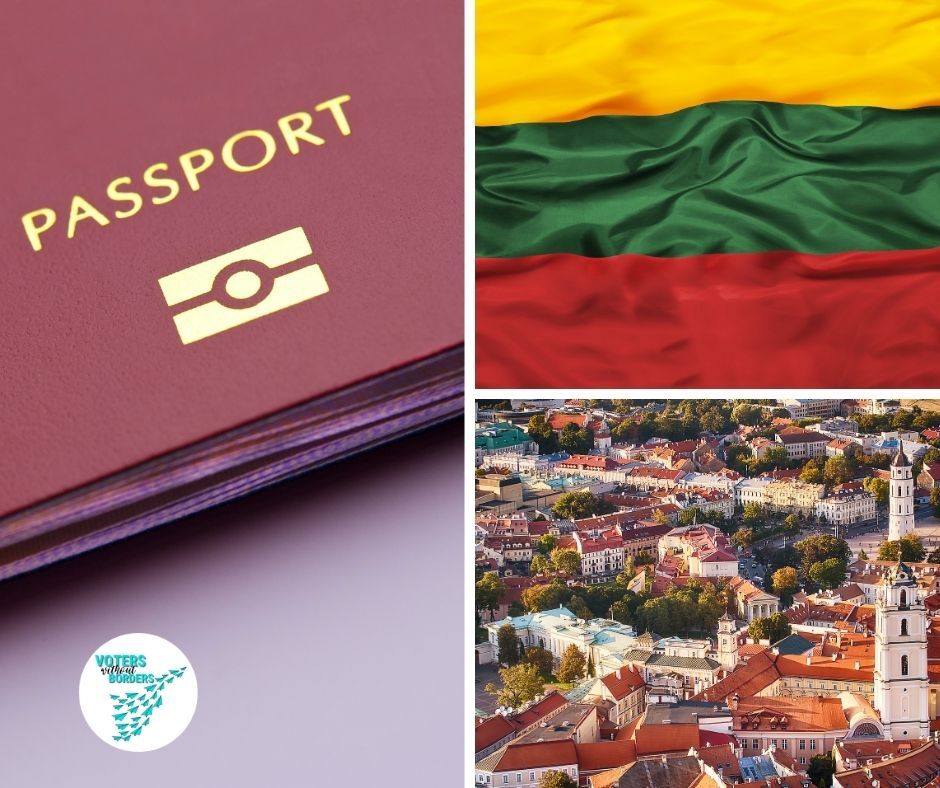 On Sunday 11 October, the first round of the general elections were held in Lithuania to elect 71 of the 141 representatives of the “Seimas”, the Lithuanian Parliament. Whereas the second round, which took place on the 25 October, elected the remaining seats, it seems likely that a coalition government will be formed by the centre-right TS-LKD.

Lithuanians abroad stormed the polls in the first round of parliamentary elections, with 82 percent diaspora turnout. 68 percent of these voted from other EU countries. In stark contrast, turnout of Lithuanians actually living in Lithuania accounted for 47 percent. The surge in political participation from those abroad is tied to the newly founded expatriate constituency. The Lithuanian mobile population shows how keen EU mobile citizens are to vote and be represented in parliament. Even in the second round, the turnout at the constituency for diaspora accounted for almost 55 percent while in-country constituencies accounted for almost 39 percent.

A referendum on Lithuanians holding dual citizenship had taken place in May 2019 alongside the presidential elections. Lithuanians were asked in this case whether they would agree with the constitutional amendment that would allow second citizenship with a list of countries members of EU and NATO. In this instance, at least 50% of all registered voters would have had to be in favour of the proposal.

Constitutional changes in Lithuania are hard to reach. There needs to be at least 50 percent of all registered voters in favour. However, turnout was only 38 percent of all eligible voters, rendering the referendum as failed. This is disappointing, as of those who turned out 73 percent voted in favour.

Nevertheless, if this had been successful Lithuanian citizens residing in Spain, Netherlands, Austria, Slovenia or Croatia would still not have been able to acquire dual citizenship due to the law in those respective countries refusing such citizenship by naturalisation.

Due to the high expat electoral turnout in the 2019 Lithuanian presidential elections, the Seimas passed a motion to create a single-member constituency for voters residing abroad. Lithuanian citizens abroad were put on the electoral roll of the Naujamiesčio constituency. Thus, this was the first time they had proper representation in the Seimas.

The motion came as a proposal from the leader of the Farmers and Greens Union party, currently in government. The motion adopted has a provision that has potential to enhance political participation, but also potential to discourage diaspora voters – the single member expat constituency will only be established if turnout in the previous election is at least 90 percent of eligible voters in each in-country constituency (about 35,000 voters must turnout in each constituency to allow the single member expat constituency to count). This is clearly problematic as the fate of the diaspora vote depends on the in-country voters, of which only 47 percent voted in the most recent parliamentary elections.

‘Voters Without Borders’ European Citizens’ Initiative (ECI – this is a direct democracy tool) is a recently launched campaign asking for full political rights for EU citizens living in another EU Member State. We therefore firmly support the newly-founded single-member constituency for Lithuanian expats.

Due to increased mobility in recent years, EU mobile citizens within the Union account for 14 million people, which in most cases do not have an expat constituency in the parliament of their home country. Currently, only France, Italy, Portugal, Romania, Croatia and now Lithuania have an expat constituency, while Denmark, Ireland, Germany, Malta and Cyprus still disenfranchise their citizens abroad after a certain period of time. ‘Voters Without Borders’ needs to raise 1 million signatures (7,755 signatures in Lithuania), to achieve concrete representation for EU mobile citizens in their Member State of origin as well as in their Member State of residence.

In an EU that strives to be a more equal, democratic and inclusive society, ‘Voters Without Borders’ advocates for more fundamental steps to achieve these goals. The campaign can be signed on the official Commission’s site.