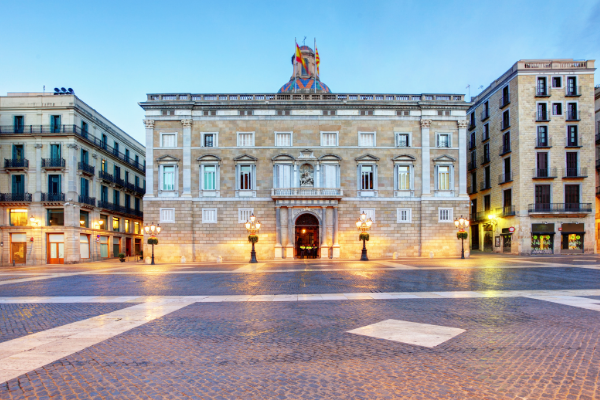 The upcoming regional elections in Catalonia that will choose the new Parliament will take place on February 14th, after the TSJC rejected delaying them until May, arguing their immediate necessity due to “intense public interest” in the balloting. More than 5.6 million citizens will be able to exercise their fundamental voting rights and shape the formation of the next Govern de la Generalitat, Catalonia’s regional executive.

However, universal suffrage is not guaranteed for every citizen in the same way. In fact, there are a group of voters who persistently face excessive and unnecessary difficulties when casting their ballots, namely Catalans who reside abroad. On top of that, the almost 500,000 European citizens residing in Catalonia remain disenfranchised in their regional elections.

Since the Spanish reform of electoral law in 2011 – when the current system of expatriate voting was put in place – electoral participation from abroad has fallen drastically. Administrative obstacles include the inaccessibility of consulates, due to both distance and restricted opening times. These make it extremely costly for working expatriates to participate in the complex bureaucratic process required to cast their vote.

Alina, a Spaniard living in the Netherlands, had to travel from her town to the Spanish consulate in Amsterdam in order to demand her right to vote in the Catalan elections. Spaniards abroad are not considered automatically eligible, instead, they need to explicitly demand their right to vote in a consulate, even if registered as a permanent resident in the other country. For Alina, the consulate failed to send her the required papers in sufficient time to process her vote, and so she will not be able to vote in the end.

In fact, according to Exterior, requests for voting in the upcoming elections have fallen by 60% compared to the last elections. In 2021, only 15,509 citizens – out of a census of 255,087 – requested to vote; while requests reached 39,521 in 2017. This means that only 6% of expatriates have demanded to participate in the Catalan elections. This is assuming everyone who requested to vote will end up voting: past elections show that around one-third of those end up abstaining. In practical terms, the current electoral law has disenfranchised the entirety of the expatriate community.

Regarding those European citizens residing in Catalonia, Article 22 of the TFEU ensures their right to vote in municipal and European Parliament elections; while they are not allowed to vote in regional or national elections, including referendums.

Given the series of obstacles outlined above, Voters Without Borders puts forward the following question: Is there not a public interest in guaranteeing and ensuring the democratic participation of Catalans living abroad as well as of European citizens living in Catalonia? The fact that 94% of voters residing abroad will not cast their ballots should raise the concern of Catalan and Spanish civil society. Immigrants continue to be affected by the decisions taken in their country of origin and deserve, the same as other societal groups, political representation.

We will have to wait until the 14th to know the exact details of expatriate participation, which we will analyse once the elections have taken place.