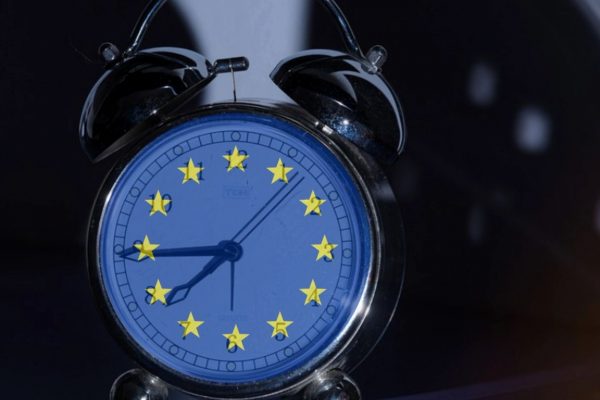 Times call for a radical changes in the way European democracy is ran, and the Conference on the Future of Europe is the best opportunity to make a step forward. But only if citizens and civil society organizations are duly included in the reform process.

As the mandates of the 8th European Parliament and of the Juncker Commission came to an end, and as the Brexit negotiations made ever clearer the necessity to restructure our Union, President Macron proposed to organize a “Conference for Europe in order … to chart together the road to European renewal”. The proposal was warmly welcomed by the European Parliament, which designed its own proposal for the functioning of the Conference and the bodies that should take part in it. The proposal was presented in the Parliament’s resolution of 15th January 2020.

The resolution indicates Guy Verhofstadt as supervisor of the whole process, and introduces a general structure based on six ‘Citizens’ Agoras’, supposed to be the fora of participatory democracy in charge of making recommendations to the Institutions. To make things really revolutionary, at least apparently, the Parliament explicitly considers the possibility of “treaty changes”, if considered relevant by participants in the Conference.

The wording “treaty change” was carefully avoided in the European Commission’s contribution, issued on January 22nd. President Von der Leyen does not necessarily exclude such possibility, but is well aware that it will face harsh opposition in the Council of the European Union, where several Member States are clearly interested in maintaining the legal status quo. As of today, the Conference on the Future of Europe is included among the Croatian Presidency’s priorities. Waiting for the Council’s official position, the Commission has proposed to launch the two-year Conference on Schuman Day (May 9th) in Dubrovnik, Croatia.

The Conference is to be a bottom-up process capable of promoting citizens’ engagement towards a concrete democratic renewal of Europe — as opposed to the 2003 Convention on the Future of Europe, which resulted in the never-ratified Constitutional Treaty. However, the Institutions’ attempts to include civil society through the so-called ‘Citizens’ agoras’ — whose functioning and influence on the process are still to be clarified — are certainly not enough to even create the illusion of a citizens-friendly initiative. In addition, as professor Alberto Alemanno has pointed out in his article on the Guardian, the choice of turbo-federalist Verhofstadt to lead the process might turn the Conference into the apanage of a certain European establishment, leaving aside many critical voices and therefore precluding the possibility of a radical, widely-shared step forward.

In an open letter to the Presidents of the three main Institutions, Alemanno, together with Kalypso Nicolaidis and Niccolò Milanese, expresses concerns about the current design of the Conference (which, it is worth reminding, is set to start in little over two months). They stress the importance of putting citizens’ deliberation at the centre of the decision-making process, “enabling [them] to set the agenda on equal terms to governments (as it is the case within the Open Government Partnership)”.

The fundamental relevance of the Conference in the democratic renewal of the European Union was well understood by the Union of European Federalists as well. The latest updates about the process, as well as the UEF’s position about it are included in a dedicated section of their website. Remarkably, the importance of including “innovative forms of citizens participation” in the process is a central point in the proposal. Such revendication is featured within a program that recalls the importance granted by the Federalists to the Institutional dimension of the Conference. If the problem is “Treaty Change or No Treaty Change”, the UEF clearly stands for the former, and rightfully takes up this unique opportunity to push forward its ambitious agenda.

The desire for a bottom-up nature of the Conference is also a core value of Marco Cappato’s Brussels-based network of citizens and activists Eumans!, which has launched the idea of a Council on Participatory Democracy. Drawing on the common interest in the development of participatory devices as complementary to the well-established – but insufficient – European representative democracy, Eumans! invites all interested actors to convene in a first open meeting of the above-mentioned Council, with the aim of coordinating strategies on the matter and find synergies to amplify the message. The event will most likely take place in Brussels in mid-March, and anyone interested in joining and contributing to the mobilisation can stay updated as to exact date and venue on their website.

Voters Without Borders and ECIT Foundation support Eumans! in its attempt to coordinate the efforts of different entities in influencing the organisation of the Conference on the Future of Europe, and will be present at the first meeting of the Council on Participatory Democracy. We believe in the urgent need to gather all voices in one single action group, in order to influence the Institutions – and especially the Council, whose decision is currently being developed – about the genuinely democratic nature of the Conference. This process clearly represents a tremendous opportunity to overcome Europe’s democratic deficit and finally reflect collectively on the shape of the Union we want. Therefore, the fundamental message to pass on to the Institutions is that only by including civil society organisations and a big variety of actors through impactful participatory devices, the Conference on the Future of Europe will result in an inclusive, innovative forum for the re-founding of European democracy. Otherwise, chances are that the opportunity will turn into yet another top-down, unambitious project, incapable of bringing Europe close to its citizens by listening to and addressing their real concerns.

“People need to be at the very centre of all our policies. My wish is therefore that all Europeans will actively contribute to the Conference on the Future of Europe and play a leading role in setting the European Union’s priorities. It is only together that we can build our Union of tomorrow.”  — Ursula von der Leyen, President of the European Commission