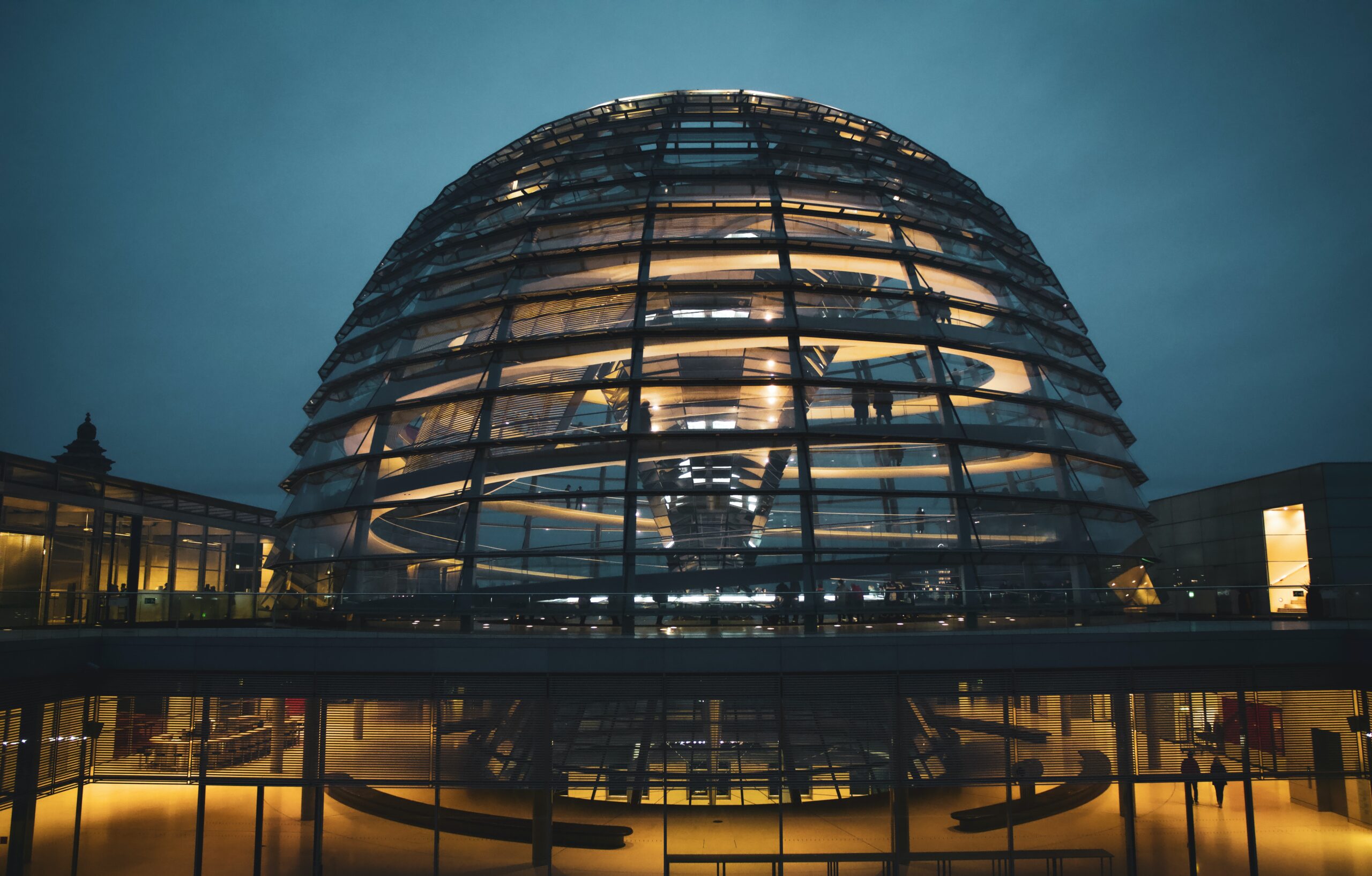 Angela Merkel is not running again in the German elections. Three main candidates are competing to replace her. Despite their pro-European attitudes, European citizenship and voting rights are not mentioned once in any of their campaigns. However, Germany disenfranchises citizens living abroad and does not allow everyone to vote who is affected by German politics. Thus, it is our responsibility to put civil rights on the agenda because “there is no such thing as a vote that doesn’t matter”.

The national elections for the German Bundestag are coming up on Sunday, September 26. But the upcoming elections will be different compared to the years before since the current chancellor Angela Merkel will not run as a candidate for the CDU anymore. Merkel was the chancellor for nearly 16 years and admired by many citizens.

This year, Armin Laschet will run as a candidate for the conservative Christian Democratic Union (CDU). Laschet portrays himself as the successor to Merkel, while everyone knows that he will not be able to fill her shoes. Nonetheless, he stays true to Merkel’s beliefs and shares her pro-European attitude.

The two other candidates are Annalena Bärbock and Olaf Scholz. Bärbock runs for the Greens, standing for a fresh start in Germany. Her party focuses on climate protection to meet the demands of the Paris climate agreement. Like Laschet, she describes herself as a “passionate European”. At the beginning of the election campaign, Bärbock seemed a real possibility to replace Merkel but her credibility due to several accusations.

Lastly, the most promising candidate at the moment to run is Olaf Scholz. Scholz is running for the Social Democratic Party (SPD) and is the current vice-chancellor and finance minister of Germany. He has long backed causes such as social housing and raising the minimum wage. Like Laschet and Bärbock, Olaf Scholz wants to ensure a strong Europe1.

But despite all the pro-European attitudes the candidates present to the public they do not mention European citizenship in their campaigns once. In none of the three Trielle (the debates with all three candidates) Europe or foreign politics was discussed. Likewise, nobody in this election talks about German citizens living in the EU who lost their right to vote. Approximately one million Germans live in another EU country. But when they live abroad for more than 25 years after their 14th birthday, they lose their right to vote in German elections. At the same time, they cannot vote in their country of residence, which leaves them with restricted possibilities for political participation.

One person who lost her right to vote is Maya Ramharter, a set designer living in Austria. She lives in Austria since 1995 and raised her children there. Since Maya has German citizenship, she is not allowed to vote in her country of residence, but because she lives in Austria for more than 25 years, she is not allowed to vote in the German elections either. About that she says: “I do not want to give up my German citizenship since it is part of my identity. Nonetheless, I think it is not fair that I cannot vote because German politics still affect me. I have family in Germany and am more concerned with German than with Austrian politics.”.

Likewise, other EU citizens living in Germany are not allowed to vote in the German national elections. Even if a person lived in Germany for 50 years, went to a German school, had a job, and paid taxes – as long as someone does not have German citizenship one is not allowed to vote. The only way for EU citizens to vote in the German national elections is to give up their nationality and to apply for German citizenship. Thus, we see: the right to vote is not a right, it is a privilege.

Alexandra Pieta, a young woman from Poland, lives in Berlin for more than five years now. She is not allowed to vote in the national elections – even though she works as a physiotherapist and sends her daughter to kindergarten in Berlin. She said: “I am familiar with German politics and influenced by it. But there is still a lot of discrimination going on in Berlin and I don’t think people are ready to hear what I have to say yet. We [the polish community in Berlin] are too honest.”.

The European Citizen Initiative (ECI) Voters without Borders is currently trying make European citizenship a real citizenship and to take a step towards universal suffrage. Granting the right to vote for foreign EU-nationals is a visible commitment to the inclusion and equal treatment of immigrants in public life. Members of a community who regularly pay taxes should be represented in politics. They should have the right to decide how public money is spent – “no taxation without representation”. Another argument to consider is the integration of foreigners. The right to vote promotes political participation and thus integration into society. It becomes more and more contradictory to exclude foreigners from public decision-making processes the longer they live in a country and the more integrated they become. All citizens should be treated equally when they fulfill the same duties, such as paying taxes. Not only are voting rights a sign of inclusion but it also inherits a symbolic message to the society: Immigrants who are long-term residents will stay in the country and be perceived as fellow citizens.

By definition, the right to vote is linked to nationality. The Federal Constitutional Court of Germany decided that only German citizens are allowed to vote in national elections. It is written in the constitution that “the people vote.”. The Federal Constitutional Court decided that the people are only the German people – even though it is not written: “The German people vote”2. In turn, that means that only if one gives up their nationality, they can influence the governing of the country they live in. But giving up one’s nationality can be a very difficult decision to make…

Especially in the European Union, in which citizens can move freely and choose their place of residence, making the right to vote dependent on national citizenship is senseless and reduces free movement to a right of consumption and production. EU citizenship has developed beyond its origins. EU citizens should not only be seen as guest workers but as full and equal members of society. Therefore, the new German chancellor must put voting rights on the agenda. A discussion about voting rights in connection to freedom of movement must be sparked.

By signing our ECI you can challenge conservative ideas and help us create a more European Union where everybody’s voice can be heard.

Representing the unrepresented: Romania’s Parliamentary elections can be a representational breakthrough for its diaspora