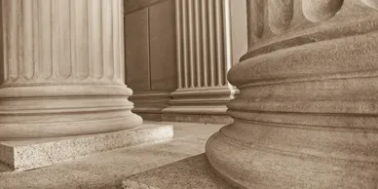 Although the Greek constitution recognizes the right of Greek expatriates to vote abroad, it does not oblige the Greek legislature to establish arrangements for Greeks to exercise the right to vote through the country’s embassies, as far as domestic law is concerned.

The three applicants were Greek nationals and lived in Strasbourg, as they were officials of the Council of Europe. After the dissolution of the Greek Parliament in August 2007, they expressed the wish to exercise their voting rights in France in the general elections to be held on 16 September 2007 to the Greek ambassador in France. On 12 September 2007, the ambassador, relying on the instructions and information provided by the Ministry of the Interior, replied that the Greek State confirmed it wish to enable Greek citizens resident abroad to vote from their place of residence but it needed statutory rule which did not exist.

The applicants alleged that their inability to vote from their place of residence amounted to disproportionate interference with the exercise of their right to vote in the 2007 parliamentary elections, in breach of Article 3 of Protocol No. 1. The applicants complained that, in the absence of regulation on that point, they could not exercise their voting right in France where they lived as expatriates even though the constitution of their country of origin provided for that possibility.

The Court examined this issue in the context of international law, practice among Council of Europe states, and the pertinent Greek legislation. After consideration, the Court held that there is no obligation under international or regional law for states to ensure that their citizens are able to vote abroad. It noted that although the majority of Council of State Members allowed their citizens abroad to vote in their place of residence, others did not.

As far as domestic law was concerned, the Court acknowledged that although the Greek Constitution recognizes the right of Greek expatriates to vote abroad, it does not oblige the Greek legislature to establish arrangements for Greeks to exercise the right to vote through the country’s embassies.

The Court therefore found that there had been no violation of Article 3 of Protocol No. 1 as the disruption to the applicants’ financial, family and professional lives that would have been caused had they had to travel to Greece would not have been disproportionate to the point of impairing the very essence of their voting rights.