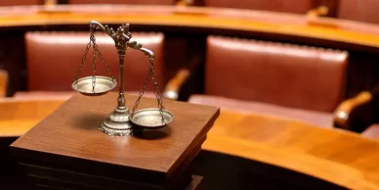 A Liechtenstein national residing in Switzerland wants to register to vote in his home country to vote in a referendum on the European Economic Area. However, the local authorities declare he cannot register as he had been residing for several years in Switzerland and therefore did not meet the criteria for registration. Indeed, according to Liechtenstein’s legislation, nationals need to reside on the territory in order to register to vote.

The applicant argues that the referendum is on an essential matter for him and other Liechtenstein nationals residing abroad. He claims such exclusion of non-resident nationals is a breach of the fundamental right to participate in the democratic life of your country.

The European Court of Human Rights reminds us that the European Commission has already decided several times that mandatory residency does not constitute an arbitrary restriction to the right to vote. The ECHR considers that the law cannot always take account of every individual case and that the applicant could not here put forth that he is affected by the acts of the national authorities in the same way a resident citizen would be.

This decision is in the continuity of the case law on the matter as the same arguments are being used by the ECHR over again. However, it is highly questionable in this case as the referendum was on a matter affecting both resident and non-resident citizens in the same way.