Doyle vs The United Kingdom 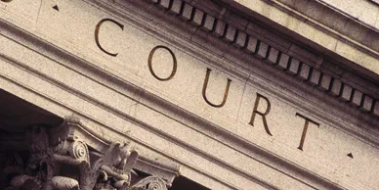 A British citizen who has been residing in Belgium for 23 years wants to register for voting in the United Kingdom. However, the British authorities refuse his registration as only nationals resident overseas for less than 15 years are allowed to register to vote in British general and European elections.

The applicant complains that such rule is in violation of Article 3 of Protocol No. 1 which provides that elections must be held under conditions ensuring “the free expression of the opinion of the people in the choice of legislature”.

However, the Court estimates that Member States “have a wide margin of appreciation” of this Article and that rules granting the right to register for elections can vary. Moreover, the Court adds that residence requirements had already been previously found to be justified by certain factors. It has been considered that a non-resident citizen would be less-directly concerned with the country’s day-to-day issues, that such citizens have no influence on the selection of candidates or the formulation of the electoral programs, or even that their influence must be limited due to the legislature primarily affect citizens living in the country. The Court specifies for cases where ties with the country of origin would not be severed that the law “cannot always take account of every individual case”.

The Court considers here that it is undeniable that ties with the country of origin are severed after over 15 years of residence in another country and that the applicant cannot argue that he is being affected by the national legislature like residents. The Court adds that his ability to vote in the European election is not hindered as he is able to register in Belgium.

But despite the justifications given by the Court on this exclusion from the right to register to vote, the question remains: can a State exclude a citizen from voting solely due to expatriation?